Blown Away: Dealers Dive In to Help Sandy-Struck Region from


Blown Away: Dealers Dive In To Help Sandy-Struck Region

Bristol, PA headquartered Modern Group, one of the nation’s largest material handling, construction equipment, and power systems distributors announced the appointment of Paul Farrell as President and Chief Operating Officer of Modern Group Ltd and a director of the company effective immediately.

Dave Griffith, Modern’s Chairman and Chief Executive Officer commented, “Paul has done an outstanding job for Modern as Chief Operating Officer in working through the business issues of the recession of the past few years. He had led our restructuring efforts and has positioned the company for growth. His promotion to President recognizes his accomplishments and sets the stage for Modern’s leadership for years to come. I look forward to working together with Paul in his new role”.

“I am honored to be named President of the Modern Group. Modern has a history of performance during its more than 65 year history. Modern people are second to none in our business segments. I look forward to focusing on our #1 goal—continuing to do a great job for our customers”, said Paul Farrell, Modern’s new President.

Prior to his promotion, Paul Farrell was most recently Chief Operating Officer and previously was President of Modern Power Systems and had joined the company in 2004. Paul is a Rutgers University graduate and is a Six Sigma Black Belt. He lives in Medford, NJ with his wife, Denise, and three children.

A Modern Customer is a Satisfied Customer

91% Customer Referral Rating is an All Time High

In a recent customer satisfaction survey conducted by an independent marketing firm, 91% of Modern customers were extremely/very likely to recommend Modern Group to friends and colleagues*.

"While 91% customer referral rating is extraordinary, we won't be happy until we achieve 100%", said Paul Farrell, COO at Modern Group. "Regardless we are appreciative of the high ratings our customers give us and the confidence that they have placed in Modern. We seek to repay that confidence every day.The most important thing we need to do is to serve our customers well across every aspect of our business from sales, service, parts, rental and training. We seek excellence in every area. And we are proud that many of our customers feel we are delivering. But again, we can not rest on our laurels. We know we are only as good as our last sale and interaction." Farrell added. 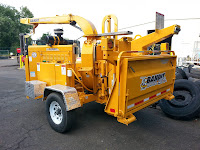 
The Modern Group, one of the nation’s leading distributors of material handling, warehouse products, construction and power generation products, service and parts announced the launch of a next generation web site designed to provide its customers more value through the creation of more specials and information. The new site created by Commercial Web Services is designed for easy navigation, greater feature of product specials and make it even easy for Modern customers to do business.
“Our internet business has already been an important part of our overall business. Furthermore as with all industries more and more customers seek information and want to do transactions directly through the web. We are committed to helping our customers do business with us in any way that works for them”, said Paul Farrell, Modern Group, COO. “As part of our commitment, earlier this year we brought back Rob Carcione to Modern as to spearhead Internet Sales. Our new web site launch is the next phase which allows customers easier navigation and increased specials”, he added.
About Modern Group
With more than $100 million of collective annual sales, Modern Group provides sales, leasing, short-term rental, service, parts, training and financing solutions through its forklifts, power systems, construction, and warehouse products businesses. Modern is a 100% employee-owned ESOP with more than 320 owners serving Pennsylvania, New York, New Jersey, and Delaware. For more information visit http://www.moderngroup.com
Posted by Modern Ideas at 10:35 AM

One company is taking the "help wanted" sign to the next level to hire veterans coming out of Iraq and Afghanistan.
Posted by Modern Ideas at 10:24 AM

“I am thrilled to return to Modern. Modern is moving forward and their creation of this new role reinforces their commitment to a leadership position in using technology to help our customers”, said Rob Carcione. “Modern is ahead of the curve, and I am happy to contribute”, he added.

“Rob’s return is a wonderful thing for Modern. Rob is part of the fabric of our company. We have committed to a greater role of internet sales and, when we created the position, we all believed Rob was the ideal candidate given his previous role as marketing manager at Modern”, said Paul Farrell, Chief Operating Officer.

“Assigning this new market responsibility to Modern Group was a logical choice,” said Jeff Slayton, northeast regional development manager, Generac. “Not only do they have the overall capacity, facilities, and presence across New Jersey, but they have demonstrated a real commitment to growing their business. Modern Group is a key distribution partner of Generac Power Systems, and this extension of their territory is exciting for us both.”

Modern Group provides Generac backup power solutions for residential, commercial, and industrial applications—from as small as 3 kilowatts all the way up to 9 megawatts. They also have electronically dispatched technicians who are certified by both Generac and the Electrical Generating Systems Association (EGSA), as well as a fully stocked parts department.

“Modern Group is thrilled to expand our relationship with Generac,” said John McClure, general manager, Modern Group Power Systems. “We see tremendous opportunities for the growth of backup power across New Jersey. We look forward to working with Generac in this new capacity.”

About Generac (NYSE: GNRC)
Since 1959, Generac has been a leading manufacturer of backup power generation products serving industrial, light commercial, and residential markets. Generac power systems range in output from 800 watts to 9 megawatts, include a complete line of automatic transfer switches, and are available through a broad network of independent and industrial dealers, retailers and wholesalers. For more information on Generac and its product line, please visit www.Generac.com. Follow Generac on Twitter @generacpowersys. Become a fan on Facebook at www.facebook.com/generacpowersystem.

“We are extremely excited that Modern will now be handling this new area and are confident that Modern will succeed with an expanded relationship”, said Jason Morey, Sales Manager, Bandit Industries.

“Modern had already been one of the leading Bandit dealers in the U.S. and we are proud to represent their products in the expanded geography”, said Paul Farrell, COO, Modern Group. “Our sales effort will be led by Bob Pelouze as the Field Sales Manager and Paul Van Nocker as the Bandit Product Support and Service Manager”, he added.

Bandit Industries, Inc. is one of the largest manufacturers and suppliers of hand-fed brush and wood chippers, whole tree chippers, and stump grinders. For more information visit, www.banditchippers.com