Modern Group sought the financing to fund, in part, growing customer demand for inventory and services, along with potential future acquisitions and ongoing working capital and liquidity needs.

“We are impressed with PNC’s deep understanding of our industry,” said Dave Griffith, chief executive officer, Modern Group. “They have the products and services our company needs, and deliver them with a level of personal attention that makes this relationship a perfect fit for Modern Group.”

“The Modern Group is a leader in their industry, with a solid foundation, quality management team and a demonstrated ability to adapt and evolve in a difficult environment. We feel the company is well positioned for future success, and look forward to working with it to achieve its financial goals,” said Thomas Gutman, senior vice president and mid-Atlantic marketing manager with PNC. 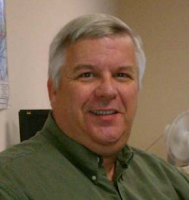 "We are thrilled to have an industry veteran join our team and help us grow our standby power generation business", exclaimed Farrell. With more than 25 years in the generator industry, McClure will oversee seven technicians, two sales representatives, and an office staff handling the marketing and service of power generation systems in Eastern Pennsylvania,Central/Southern New Jersey, and Delaware.

McClure entered the industry in 1984 and later became a Service Manager for a Cummins dealer, then founding McClure Power Systems. He gained success by servicing such major accounts as Comcast, Atlantic City Electric and the American Red Cross. His philosophy of intense product knowledge and the ability to respond to customers' needs under the most unpredictable circumstances made his company attractive for an acquisition offer from Modern Group Ltd. in 2007.

"I am very excited to join Modern's power generation team. Modern is a great company and I look forward to leading its efforts in growing this critical business segment." McClure states. McClure replaces Steve Lecatsas who has become the Branch Manager at Modern Group's Bristol, Pa. headquarters.

Residents of Levittown, Pa., the McClures have three grown children and one granddaughter.
Founded in 1946, Modern Group ranks among the largest independent companies in the industry, representing more than 300 product lines and dealerships for Hyster, Generac, Lull, New Holland, and Terex.